We believe knowledge is power. When thinking ahead to a condo common elements refurbishment, it is useful for Property Managers and Board members to be educated on proper interior design terms. Part 2 of our interior design glossary is jam-packed with information. After reading this, you’ll be speaking our language!

Mantel: A shelf that’s located above a fireplace. Also known as a type of frame used to decorate the opening of the fireplace.

Mattress: Rectangular padding consisting of many foam and fibre layers that are used to support the body during sleep. Designed to be used on a bed frame.

Merino: A long, fine woolen yarn that resembles cashmere and is known for its softness, shine and breathability.

Muslin: A plain-woven, lightweight cotton frequently used as the under piece in upholstery, curtains and more.

Natural Finish: A type of stain- and dye-free finish that protects and seals wood. Oftentimes, the protective coating is clear so that the natural colour of the wood underneath is apparent.

Neutral Colour: Beiges, creams, blacks and whites that appear without colour and can be easily blended with other colours.

Nubuck Leather: The creation of a velvet-like surface formed from sanding a top-grain cattle leather to create a soft nap. Benefits include wear resistance.

Olefin: A synthetic fibre made from the gas propylene. A greener alternative to cotton, wool, silk and rayon. Well known for its colourfastness and durability.

Ottoman: A cushioned, low-lying chair or footstool devoid of a back or arms.

Overlay: A decorative type of coating used to cover a flat surface.

Ovolo: A curved moulding carved using an egg-and-dart ornament. Referred to as a ‘quarter-round’ by woodworkers.

Padding: Soft pieces of material typically used to fill the space between the frame of furniture and the fabric covering. Used for cushioning and aesthetics.

Patina: A green or brown film produced as a result of oxidation over time. Typically associated with the gloss on fine furniture.

Pilling: A surface defect created when small balls of fluff or pills form on the surface of knitted fabrics. Caused when surface fibres get tangled together into tiny knots during continuous friction.

Primary Colours: Red, blue and yellow – colours that cannot be created from other colours.

Queen Anne: A sculptural, innovate and ornate style of furniture during the early 1700s. Common elements include curved shapes such as cabriole legs, pad feet and minimal ornamentation.

Quilt: A warm bed covering made of padding held between layers of fabric and stitched together. Used to provide comfort and aesthetic appeal to a room.

Quirk: A narrow hollow that runs lengthwise in convex or other mouldings. Sometimes called a sunken fillet.

Rail: A type of moulding attached horizontally along a room’s walls. Used to establish proper scale and proportion in a room.

Renaissance Style: A type of furniture design formed during the Renaissance era, generally described as occurring from the 14th to 17th centuries. With influences including Da Vinci and Michelangelo, the furniture was revolutionary and featured ornately carved wooden details and elegant, colourful embellishments. Carvings were inspired by architectonic elements including columns and cornices as well as mythological, historical, and religious themes. Walnut was the most popular wood used.

Ruching: Creating a 3-dimensional appearance to a decorative fabric with two or more parallel lines of gathering.

Saddle Seat: A type of chair seat that has a wide stance and extended legs to promote a healthy spine posture. Creates a unique, seating experience similar to sitting in a saddle.

Shutter: A type of solid, stable window covering comprised of vertical stiles and horizontal rails. Used to control sunlight, provide privacy, protect against the weather and enhance a building’s aesthetics.

Symmetrical: A balance achieved when there are equal parts that match each other. Produces an attractive look in design.

Table Runner: A decorative piece of narrow fabric laid down the middle of a dining table. Used to decorate tables or define seating. Can be placed either over a tablecloth or on a bare table.

Tertiary Colour: The colour created when equal parts of primary and secondary colours are mixed together.

Traverse Drapery: Drapery panels that can be moved across a window or door using a traverse rod.

Tuxedo: A type of seating that has a square frame, a straight back and strong, clean design elements.

Under-Drapery: A single, sheer panel that hangs behind a heavier drapery. Used to provide privacy while filtering light.

Unfinished Furniture: Wooden furniture that hasn’t been treated with a finish; can be finished to suit the buyer’s tastes.

Upholstery: A fixed covering made from a soft, padded textile attached to furniture including sofas and armchairs.

Urn: A large, rounded vase with an ornamental foot or pedestal. Commonly used as a finial to repair a gap in a broken pediment.

Valance: A type of fabric window treatment that covers the upper part of the window. Can be hung on its own or used to hide drapery hardware. Adds softness, colour and pattern to a room.

Velvet: A luxurious type of woven tufted fabric with evenly distributed cut threads and a short, dense pile that contributes to its softness.

Wainscoting: Wooden panels that cover the lower three or four feet of a wall. Once used to provide insulation, now commonly used as a decorative wall trim in a room.

Wallpaper: A material used in interior decorating to accent the interior walls of homes and other buildings. Comes in a wide selection of patterns and textures. Applied in vertical strips to walls using a paste.

Wicker Furniture: A type of furniture known for its lightness and sturdiness. Traditionally made from plant materials including willow, reed and rattan although synthetic variations are also available.

X-Chair: A folding chair with a frame shaped like an X. Known to have been used in Ancient Egypt, Rome and the Middle Ages.

X-Stretcher: A type of stretcher that forms the letter X. Normally has a knob at the intersection.

Yorkshire Chair: A small oak chair with knobbed front legs, straight uprights with scrolls, and a wide carved top rail. Popular in England during the 17th and 18th centuries.

Yorkshire Dresser: An oak dresser or cupboard with a low back.

Zenana: Describes an area within a Hindu or Muslim household designated for women only.

Zigzag: A pattern that’s both jagged and fairly regular, created from a series of small corners at variable angles. First appeared during the late 17th century. 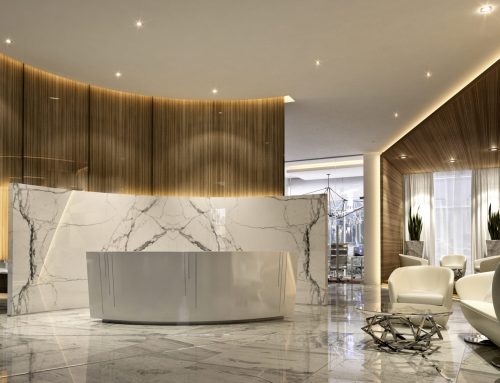 Porcelain vs Ceramic: What Should You Use in Your Condo Lobby Refurb? 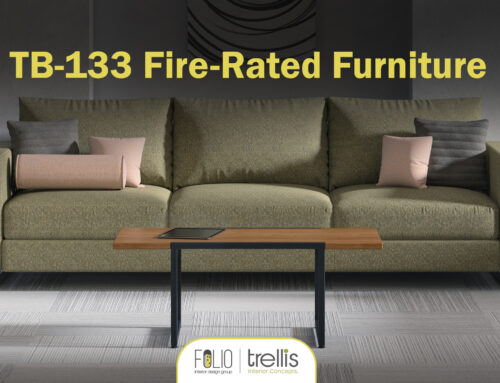 Folio Heard You Loud and Clear – We Just Made Finding Fire-Rated Furniture Easy! 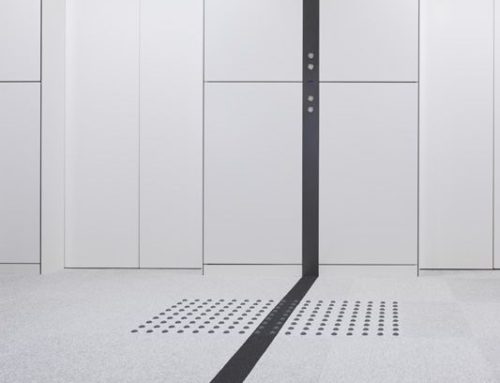 Tips on Using Signs and Graphics in Your Condo Building 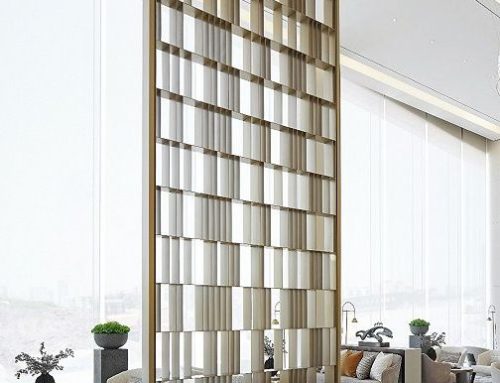 Folio Interior Design Group is committed to respecting the privacy of individuals and recognizes a need for the appropriate management and protection of any personal information that you agree to provide to us. We will not share your information with any third party outside of our organization, other than as necessary to fulfill your request. Ok
Go to Top